Yes, ethics can be taught.

A new study provides an evidence-based answer to a question that is both timely—and timeless—question. 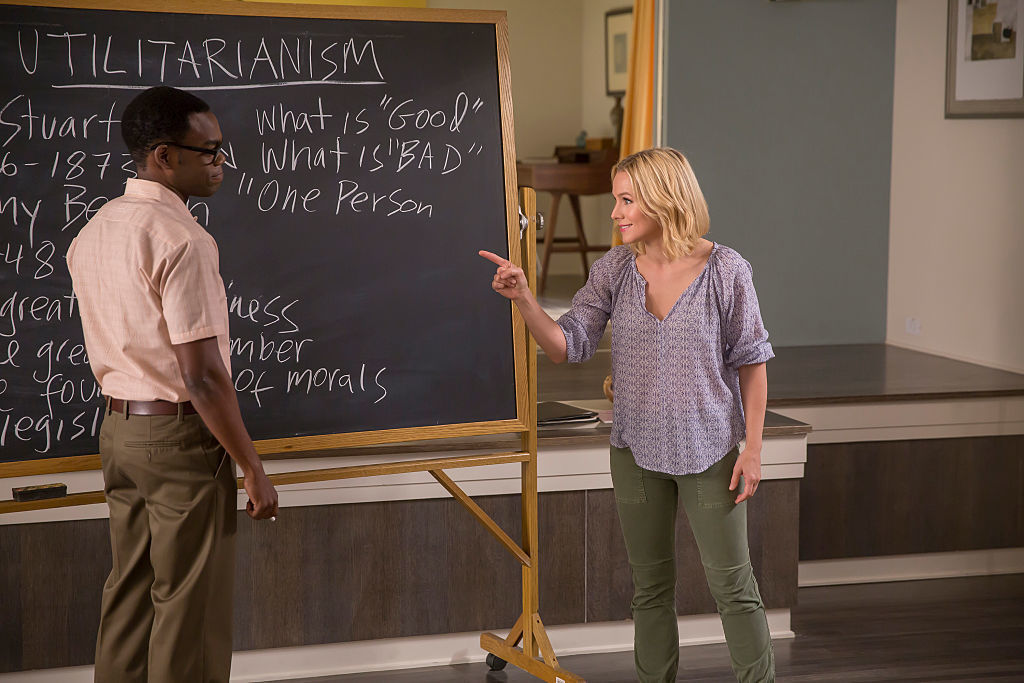 "You could teach me how to be good!"

Eleanor makes this suggestion to her friend Chidi, a moral philosopher, in NBC’s hit TV show The Good Place. Eleanor is on a quest to become a better person. But at first, Chidi is not sure he can help her. He takes some time to think through her request. On the chalkboard he uses to work out philosophical questions Chidi scribbles, “Can morality even be taught?”

Chidi may be fictional, but his question is a timely one for business organizations and business schools. They ask it in one form or another each time they decide whether to invest in ethics courses and trainings. And their answer to the question shapes which trainings and courses they choose. While many do act on the presumption that ethics can be taught, they often lack data to support their position. As Notre Dame professor Zachary Kowaleski points out, this makes them vulnerable to the charges of skeptics who “criticize the lack of empirical evidence that shows ethics training works.” It may even appear that these organizations are simply investing in training for legal or PR reasons—not because they actually expect learning about ethis to shape employees' behavior.

Fortunately, Kowaleski, along with Andrew G. Sutherland (MIT) and Felix Vetter (London School of Economics), has conducted a large sample study to answer this classic philosophical question. Kowaleski and his colleagues collected data on nearly 1.2 million securities professionals. Their data suggest the answer to Chidi’s question is “Yes”: Ethics training really can improve the behavior of working professionals.

Investigating the Link Between Training and Behavior

Kowaleski says previous researchers have struggled to investigate this question for one simple reason. It is difficult to observe “both training and subsequent behavior” in a way that clearly links one with the other. He and his colleagues were able to overcome this obstacle thanks to changes in a qualification exam given to investment advisers.

Before 2010, the exam’s main focus was rules and ethics. Aspiring advisors needed to prepare themselves to answer questions like “Discuss the ethical duties advisers should consider when charging commissions.” But in 2010, the focus changed. The North American Securities Administrators Association (NASAA) revised the exam, reducing the exam’s emphasis on ethics and rules. Ethics and rules occupied only half of the new exam. The other half was devoted to technical material about financial reporting, the characteristics of investment vehicles, calculations based on rates of return, etc.

Taking the exam is a big commitment; one guide recommends spending 75-100 hours to prepare. So the change in the exam meant that advisers who passed the exam before 2010 spent possibly dozens more hours learning about ethics than those who took it after the change.

Kowaleski and his colleagues recognized that the change in the test provided an unprecedented opportunity to see if ethics training makes a difference. After gathering millions of data points on the advisers who took the exam before and after 2010, the authors compared individuals with similar current employers, locations, qualifications, and experience. They discovered that those who had passed the ethics-focused exam were one-fourth less likely to commit misconduct compared with those who passed the later version of the exam.

While this finding showed that ethics training led to a decrease in instances of misconduct, Kowaleski and his colleagues wanted to answer a deeper question: Did the older exam work because it taught compliance, or did it teach ethics? In other words, did it simply lead advisors to become more aware of rules and regulations, or did it actually shape their views, beliefs, and judgments about right and wrong?

After further analyses, Kowaleski and his colleagues concluded that the impact of the ethics-focused exam was too far-reaching to be explained by compliance alone. For example, those who passed the older, ethics-focused exam were not just less likely to break the rules covered on the exam. They were also less likely to commit thefts, forgeries, and other acts that they exam did not address directly. “Such misconduct” the researchers write, “seems more likely to result from an adviser’s lapse in ethical judgment than their ignorance about specific securities industry rules.”

In addition, learning about ethics also shaped how financial advisers responded to the unethical behaviors of others. Those who passed the ethics-focused exam were more likely to leave a firm when it was undergoing a scandal, and their departures from firms were also associated with later scandals at the same firm.

In The Good Place, Chidi eventually agrees to help Eleanor, citing Aristotle’s belief that “moral virtue is something you could get better at.” Chidi says, “[Aristotle] compared it to playing the flute: The more you practice, the more you improve.” Much recent research has questioned this view of ethics education. It has focused on ethical behavior not as a kind of skill or habit but as the product of biases and other unconscious process which ethics education has little power to alter. But Kowaleski’s work suggests that Aristotle did have it at least partly right. He and his colleagues observe that the effects of learning about ethics remain years after an advisor has passed his or her exam. For him, this suggests that “an ethical intervention can have a lasting effect consistent with the idea of habit-formation."

According to a recent survey by NAVEX, Chief Ethics and Compliance Officers say one of their main struggles is a lack of resources within their organization devoted to ethics training. While not all ethics training is created equally, this new research provides much-needed evidence that when it is done well ethics training can and does create lasting positive change.

As with learning to play a musical instrument, an early start in ethics makes a difference. The positive effect of ethics training that Kowaleski and his colleagues observed appears only in financial advisers who receive their training near the beginning of their career. For those who had developed their habits, ways of working, and ideas about misconduct already, more training about ethics did not make a difference.

As Kowaleski and his colleagues discovered, there is a reciprocal relationship between ethical people and ethical cultures. They write, “That those with more ethics training are more likely to leave suggests that a poor corporate culture creates a vicious cycle for firm behavior.” In addition to training, it’s important to have a culture where people feel free to speak up, where leaders set the right tone, and where the goals, structures, and incentives align with ethics.