How to Spark Moral Imagination

Moral insights often arrive as suddenly and unexpectedly as lightning. But that doesn't mean we have to wait around for them to strike. 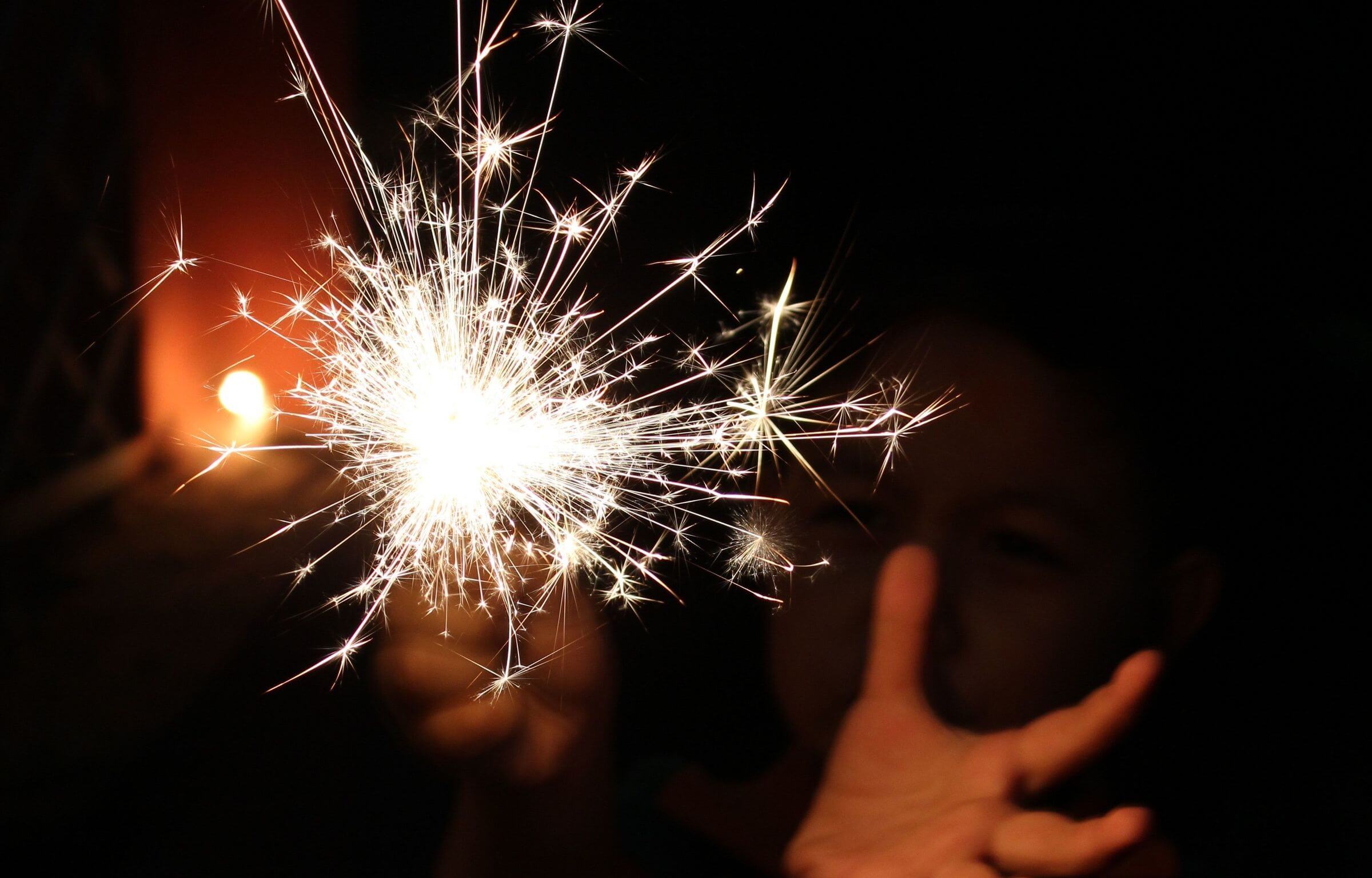 [This is the third part in a series on moral imagination. Learn more in part one and part two.]

The novelist Franz Kafka once said that “a book must be the axe for the frozen sea inside us.” For Ray Anderson, the CEO of Interface, Inc., it was more like "the point of a spear driven straight into my heart."

That "spear" was the book The Ecology of Commerce by Paul Hawken. Anderson picked it up "as if by pure serendipity" and encountered the story of St. Matthew Island, a remote stretch of land situated in the middle of the Bering Sea. Anderson read about how the U.S. Coast Guard once introduced 29 reindeer to the island's ecosystem to serve as an emergency food supply. But with plenty to eat and no natural predators, the reindeer population skyrocketed. Within two decades, it had grown from 29 to 6,000 and overshot the island's carrying capacity. With the island's resources completely exhausted, all of the reindeer died. The island was left more barren and desolate than when the reindeer arrived.

For Anderson, this story was more than an odd series of events on a faraway island. It was "an ominous metaphor for the earth as well as for humankind." It made him re-evaluate his success as a businessperson. He had gained great wealth helping to build the "office of the future" by manufacturing high-tech, modular, adaptable carpet tiles. But suddenly he felt like "a plunderer, a destroyer of the earth, a thief, stealing my own grandchildren's future."

Anderson decided to take this small spark of conviction and fan it into a flame. In 1994, shortly after reading Hawken's book, he announced he was taking his successful, 22-year-old company in a brand new direction. He explained it this way:

"I'm profit-minded and extremely competitive. I thought 'going green' would definitely enhance our standing with our customers and maybe give us some good press, too. But I also thought it might be a way to earn bigger profits from doing what was right by the earth. [...] We aimed to turn the myth that you could do well in business or do good, but not both, on its head. Our goal was to prove—by example—that you could run a big business both profitably and in an environmentally responsible way.

Anderson made his point: His new vision for Interface energized his employees, attracted new talent, and spurred innovation. Two decades after Anderson's epiphany, his company had cut waste by 90% and had shifted to renewable energy—all without sacrificing any profit along the way. Anderson was named a "Hero of the Environment" by Time magazine and "America's Greenest CEO" by U.S. News & World Report.

Anderson's transformation of his company is a great example of moral imagination at work. According to Notre Dame Professor Emeritus of Marketing Patrick Murphy and his co-author Meme Drumwright (UT Austin), moral imagination "entails being able to see and think outside the box, envisioning moral alternatives that others do not." For Ray Anderson, this meant combining ecology and commerce—two ideas he had previously seen as separate or even opposed.

The spark you need may not be the same as Anderson's. But chances are, you will encounter a situation that requires moral imagination. Fortunately, you don't have to simply wait for it or leave moral imagination to chance. In fact, as Murphy and Drumwright write, "Leaders create a context in which moral imagination can flourish in the offices in which they work."

Here are a few of the most common sources researchers suggest for striking a spark of your own:

In her book Manifesto for a Moral Revolution, Acumen CEO Jacqueline Novogratz writes that "moral imagination is muscular, built from the bottom up and grounded through immersion in the lives of others." As a first step to building moral imagination, she recommends connecting with and making the commitment to work alongside other people, especially those who are vulnerable or are easily ignored.

Several researchers have made discoveries that support Novogratz's insight. Psychologist David Pizarro, for example, has documented what he calls “bottom-up correction” of a moral belief. It occurs when we have an emotional experience, such as empathy, that causes us to revise our moral principles. Similarly, Daniel Batson and his colleagues have found that people with negative attitudes toward homeless people and other groups revised their beliefs once they felt empathy for a member of the group.

As John Heiser illustrates in the clip below, the decision to bring yourself into closer contact with stakeholders—even those with little formal power or influence—can often mark the beginning of a positive development for your business and for society.

Why do films and books like the one that changed Ray Anderson's life have such power to move us? In his book The Moral Imagination, Notre Dame Business Ethics professor Rev. Oliver Williams, C.S.C., writes that "all experience has a narrative quality," and for that reason, "stories and images have the capacity to widen our vision and open our eyes to what is really important." When stories "ring true" they can "bring us in touch with the fullness of our humanity."

►►► For more on the power of stories, see Stories Make Your Values Stick and Ethics training is broken. Can storytellingtelling fix it?

Williams also points out that we draw many of the stories we live by from our family and our community. This means we need to reflect on the stories that we've allowed to shape us, and we need to be "actively involved in a moral community" that provides us with a good stock of stories to guide us. Otherwise, on our own, we are likely to fall prey to "the continual tendency to self-deceive."

In a famous scene from the post-apocalyptic film Children of Men, the sound of a baby crying causes an army to cease firing in the middle of a battle.

The scene may be grand, but an effect similar to the one it dramatizes can appear in everyday life. Francesca Gino (Harvard) and Sreedhari Desai (UNC Chapel Hill) have found that reminders of childhood increase our likelihood of behaving kindly and generously by putting us in touch with our sense of moral purity. This research aligns with other, more recent findings that reminders of our family (including family photos) and staying in touch with our "home-self" can curb unethical behavior at work.

Philosophers and writers have often claimed that there is something in the experience of beauty that causes us to move beyond our own self-interest and focus on helping others. Recently, psychologists have set out to test these claims. Some have observed that study participants do in fact experience a kind of "moral beauty," especially when they witness or hear about selfless or heroic acts. Researchers have also found that the experience causes study participants to strive to be better people and to serve others. So don't miss the opportunity to share good news and inspiring examples when you can.

►►► For more, see The Little-Known Emotion That Makes Ethical Leadership Contagious and Why Ethics Education Needs to Stay Positive.

If we take moral imagination seriously, then we will come to realize that morality is much more than a fixed set of ideas or rules. It involves “the ongoing imaginative exploration of possibilities for dealing with our problems, enhancing the quality of our communal relations, and forming significant personal attachments that grow.” This means that the biggest mistake we can make is giving up on the search for new possibilities and opportunities. As philosopher John Dewey said, "slavery to rigid formulas [is] the death of all high moral responsibility." We should stay vigilant so we do not become too callous or calculating to see the creative moral possibilities that lie before us. And it's never a bad idea to have an "axe" on hand.