Getting angry at work can help you stand up for what's right.

Moral anger can give you the courage to stand up and speak out about what is right. Other forms of anger can harm you and your organization. Here's how to tell the difference. 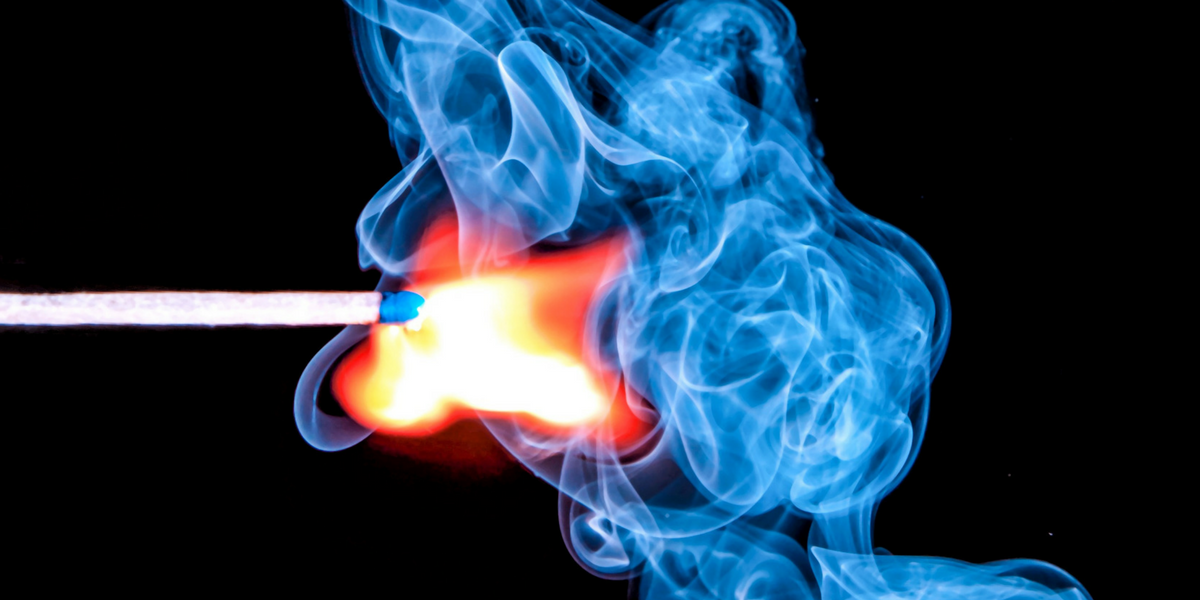 "I am sorry. Sorry and ashamed. Because, in the end, I was complicit. . . Harvey was nothing but wonderful to me. So I reaped the rewards and I kept my mouth shut. And for that, once again, I am sorry."

Those are the words screenwriter Scott Rosenberg wrote after dozens of women came forward to accuse Rosenberg's former boss, Hollywood producer Harvey Weinstein, of sexual misconduct.1 The allegations, as it turned out, spanned three decades. Many began to ask, why didn't Rosenberg or anyone else close to Weinstein intervene sooner? What would it have taken for someone to speak up and prevent the list of victims from growing longer and longer?

Studies reveal that when it comes to speaking up about injustice, help can often come from an unlikely source: anger.

We often think of anger as a trigger for unethical behavior. And it can be just that. It can cause us to lose control of ourselves and do things we later regret. We "lose our temper," "fly off the handle," or get "bent out of shape"—all terms that compare the distorting effects of anger to a blacksmith's forge.

The point, though, is that anger leads us to act—sometimes in bad ways, but other times in helpful and beneficial ways. It can drive us to seize a defining moment, overcome our fear, and summon the courage to do or say what is right. For this reason, psychologist Jonathan Haidt has called anger the "most underappreciated moral emotion."2

Consider one recent study on anger and moral courage.3 The participants witnessed someone "steal" a cellphone (the theft was actually staged by the researchers) during an experiment. Only one fourth of the participants took action to stop the thief. The researchers collected video recordings and survey data in an effort to understand what made the difference between those who intervened and those who did not. They discovered that those who had intervened were those who reported being angry about the theft. These participants also showed visible signs of anger on the video tape. The researchers also found that stronger feelings of anger correlated with stronger, more decisive action: those who only felt slightly angry simply threatened to call the police while those who got angriest actually took the phone out of the thief's bag.

These findings align with previous work by cognitive scientists. Psychologist C. Daniel Batson notes that many researchers consider anger a "potent source of moral motivation, prompting efforts to restore justice and fairness."4 Researchers explain that anger is the opposite of fear, and sometimes the antidote to it.5 Fear causes us to pull back and refuse to take a risk. Anger helps us overcome fear and approach the risk head-on. Studies have found that parents who allow their children to express anger more openly tend to raise children with higher levels of moral courage.6 Similarly, some work by anthropologists suggests that cultures that are more open to expressions of anger may show higher levels of moral courage.7 As courage experts James Detert and Evan Bruno suggest, "morally courageous action may require some sort of anger or indignation."8

The problem with anger

But anger also has a fundamental problem: it is unreliable.

Studies show that moral anger is difficult to predict. We believe we will be angry if we witness injustice. But when we actually face an injustice, we often don't feel the strong feelings we predicted. Researchers call this an error in "affective forecasting." One study asked participants how they would feel if they overheard a racist comment. Participants tended to state that they would feel very angry. But when the researchers simulated a scene in which participants actually experienced the comment, actual feelings did not live up to the predictions.9

When we do feel anger when we observe injustice, we don’t always feel it for the right reasons. Batson and his colleagues have compared the anger we feel when we (or a person we care about) are treated unfairly to the anger we feel when a person we don't know is treated unfairly. They have found that most of our anger comes from being personally affected (personal anger) or from sympathizing with someone we care about (emphatic anger) rather than from the moral violation itself. This means that the motivation our anger gives us is often not for justice but simply for revenge.10

Here's how to spot moral anger and keep it focused on the right things.

Recognize your anger and identify the source.

Matthew Lieberman and his team of researchers at UCLA have found that naming an emotion we are feeling reduces our sense of distress and allows us to begin to regulate the emotion.11 So, if you're angry, name your anger, and make sure to carefully attribute it to the correct source.  Simply pausing to recognize your anger and the cause can both slow down your response and keep you from taking out your anger on an undeserving friend or coworker.

Focus on helping others, not on seeking revenge.

As Batson's research reveals, personal anger (the kind that leads us to seek revenge) is much more common than true, moral anger (the kind that leads us to correct injustices). Research suggests that when you make it clear that you are angry on behalf of others and want to be an advocate or advisor, your anger is more likely to lead to positive outcomes and is more likely to be seen as appropriate in a workplace setting.12

The key benefit of moral anger is that it leads us to overcome fear and act on a moral impulse when it would be easier for us to remain silent. For this reason, researchers point out that anger cannot be moral unless it leads to action. In fact, many warn against a form of "grandstanding" that uses anger to simply appear moral instead of taking action to do what is right.13

Anger might seem dangerous, but like the blacksmith's fire, it's all about how it's used. It’s helpful if it's contained and directed, but destructive when it's not carefully managed. So, name your anger. Identify its source. Keep it focused toward meaningful change on behalf of others. Doing so will help you stand up and speak out when it matters most.