What can a bonobo teach a hedge fund manager?

New research on hedge fund managers and primate behavior reveals why collaboration can be your competitive advantage. 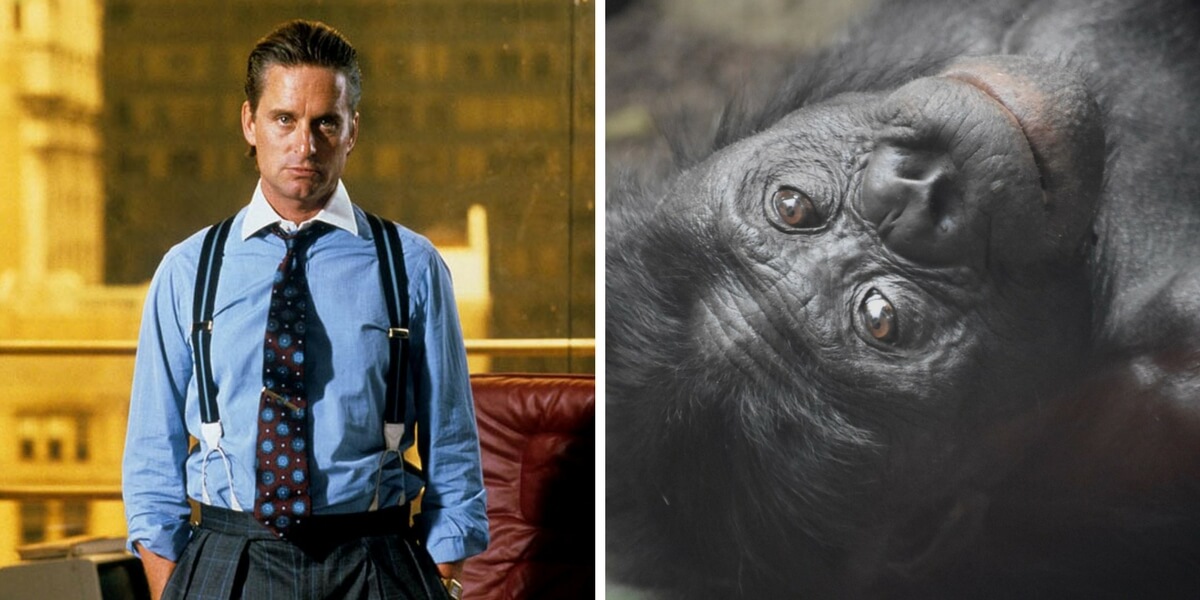 In the 1987 movie Wall Street, ruthless executive Gordon Gekko proclaims that "greed...is good." He tells the shareholders of Teldar Paper:

"greed clarifies, cuts through, and captures the essence of the evolutionary spirit. Greed, in all of its forms—greed for life, for money, for love, knowledge—has marked the upward surge of mankind."

Gekko’s explicit endorsement of greed may startle us, yet might we often believe this to be true in business? Often we assume that the business world is a place where "the survival of the fittest"—by which we mean "the survival of the ruthless"—holds true. But recent research suggests that Gekko was wrong, not just about business but also about the "evolutionary spirit" and "upward surge of mankind."

In a recent study entitled "The Survival of the Friendliest," Duke evolutionary anthropologist Brian Hare argues that it was friendliness, not ruthlessness, that helped humans outlast all four of our closest relatives some 50,000 years ago. Evidence suggests that these primate relatives were smarter than Homo sapiens and had more resources. But they were unable to survive because they lacked the ability to cooperate. In other words, cooperation was our primary competitive advantage, and why we are here today.

For an example of how human survival played out, Hare says, we can look to the differences between the chimpanzee and its cousin, the bonobo. Chimpanzees are ruthless. Male chimps coerce females. They kill infants. They even show aggression toward their own mothers. In the chimp world, the strongest and most ruthless are the ones that survive.

But humans were able to survive by becoming more like bonobos than chimps. Bonobos, who share a common ancestor with chimps, manage to survive in a very different way. They depend on friendliness for survival. Bonobos do not tend to kill other bonobos. They do not patrol their borders. They let their neighbors live in peace. Bonobos love to share with other bonobos, especially bonobos they haven’t met before. When a researcher gives a bonobo a special treat (they love apple slices), bonobos choose to seek out another bonobo and divide the apple slices equally. 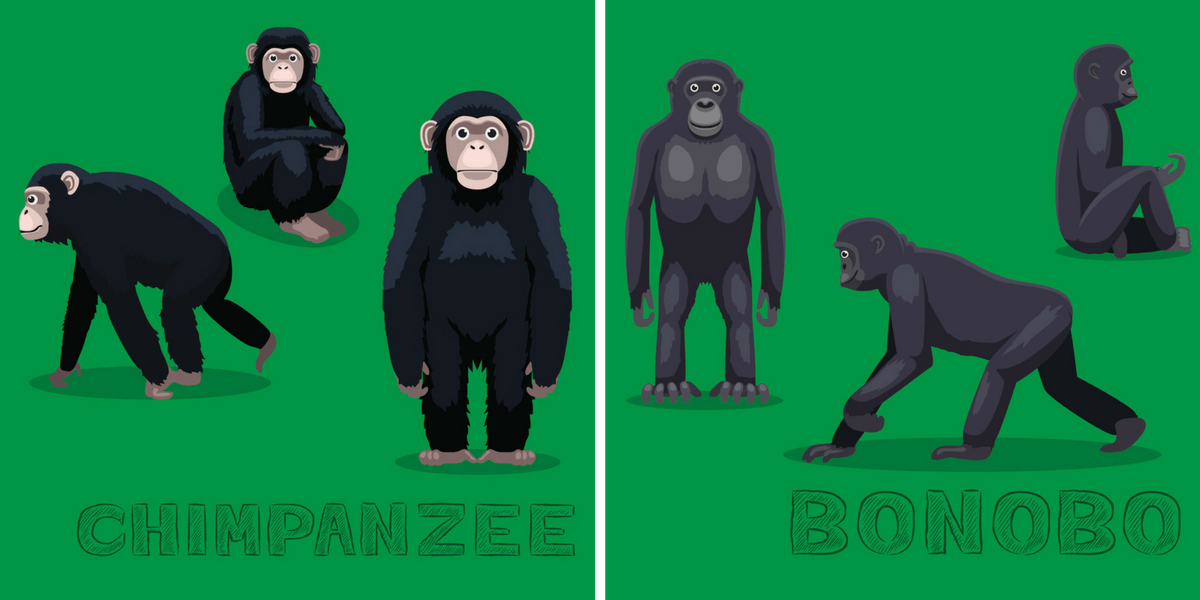 Cute, you might say. But bonobos' friendly traits give them a serious advantage. They are socially savvy. This enables them to communicate, cooperate, share resources, help others, and form lasting social bonds. Using fossil evidence and neurobiological data, Hare and his team argue that many of the traits that set bonobos apart from chimps are the same traits that have helped humans survive and thrive.

The point is this: our ability to work with others to coordinate efforts, cooperate flexibly, and form social networks isn’t a liability. It is a superpower that was essential to our survival and flourishing as a species.

Does it pay to be ruthless?

So could it really work to be a bonobo rather than a chimp in the business world? A recent study makes the case for friendliness in a new way—not with bonobos and chimpanzees, but with a different type of primate: hedge fund managers.

Leanne ten Brinke (U. of Denver), Aimee Kish (TeamCo Advisers), and Dacher Keltner (U.C. Berkeley) examined how the personalities of 101 hedge fund managers affected their funds’ performance between the years of 2005 and 2015. They began by analyzing video interviews with hedge fund managers to determine which of them exhibited ruthless (we might say "chimp-like") traits. In particular, they examined the non-verbal signals hedge fund managers send to others that reflected psychopathic tendencies:  lack of appropriate emotional expressions, delight in others' misfortunes, stronger anger responses, and over-the-top flattery.

These are some of the very signals we assume make investors successful in their cut-throat business environment. But we are wrong. Not only did these traits not improve the hedge fund managers' performance, they actually seemed to hurt it: ruthless hedge fund managers showed consistently lower annual returns than those who were not ruthless.

Counterintuitive as these findings may seem, they converge with other recent findings about competition and cooperation. A 2016 study found that ruthless U.S. Senators are less effective in garnering support for the bills they propose. Similarly, studies from India and Norway have shown that kindness and cooperation helps medical students succeed.

So no matter whether it's the world of politics, finance, or medicine the moral is clear: even in highly competitive environments, signaling ruthlessness can be a disadvantage while friendly cooperation may be the winning strategy.

Here’s how these insights can help you as a business leader:

Check your assumptions about power and cooperation.

Displays of power and dominance in business can impress and even attract us at first, but don’t always trust your first impression.  While such leaders may look like powerful partners, they often do more damage, and as with the hedge fund managers, underperform.

Signal your strength through generosity.

Generosity is not born out of weakness but out of strength.  It signals to others that you are willing to risk helping another, and that you are trustworthy.  As we’ve written before, generosity at the beginning of an interaction is the best way to build trust with a stranger.

Behaviors like cooperation, helping, and self-sacrifice trickle down. Leaders who contribute to the welfare of others motivate their subordinates to do so as well.  Such collaboration strengthens communication and information flow across the organization, promotes psychological safety, and enhances trust.

Gratitude is one of the most reliable triggers for sparking helpful behaviors in ourselves and in others. Studies show that just recalling past events we're grateful for can make us more motivated and energetic in supporting others.