Breaking Conformity: The Power of One Lone Voice

A single dissenting voice can empower others to speak up and influence leaders. 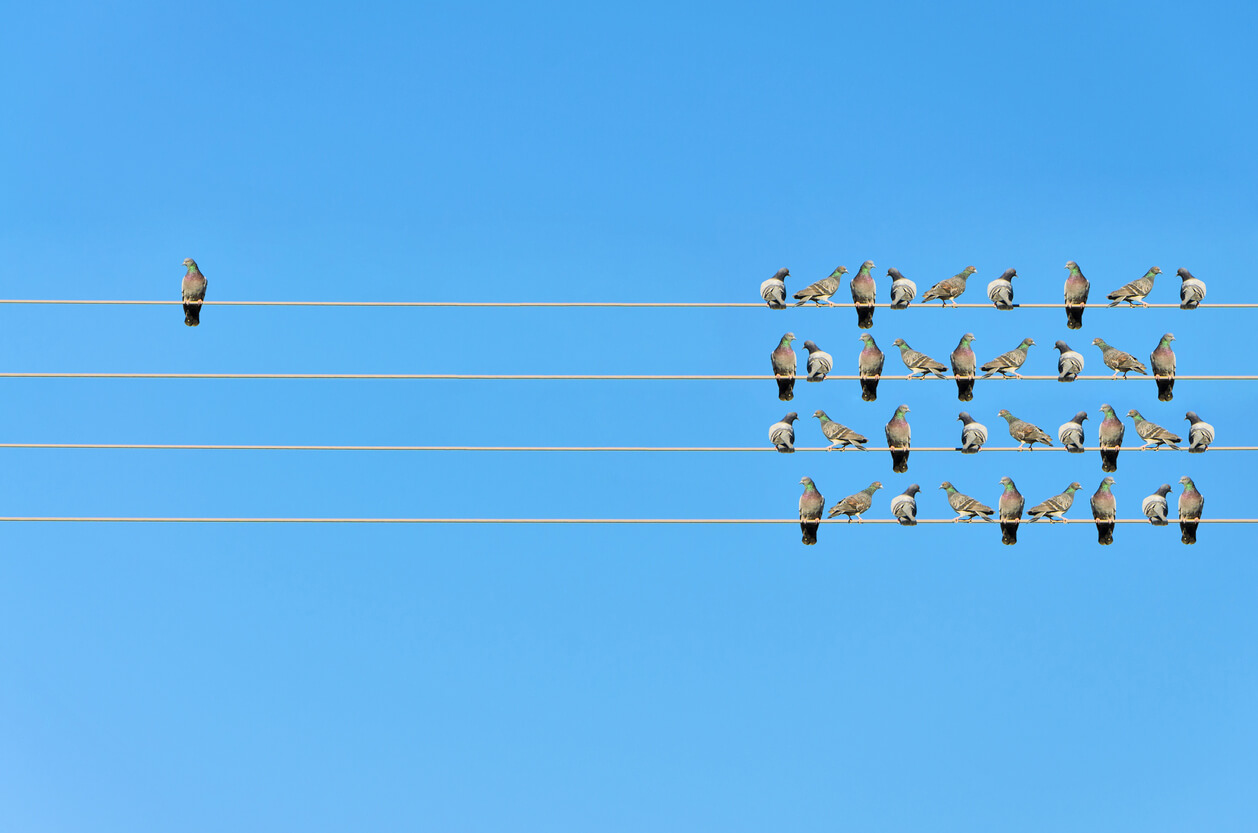 Imagine you're sitting around a table with six other people. A researcher shows everyone a card with a line on it. Then he shows a card with three lines marked "A," "B," and "C." He asks a simple question: "Which line—A, B, of C—is the same length as the first line you saw?" 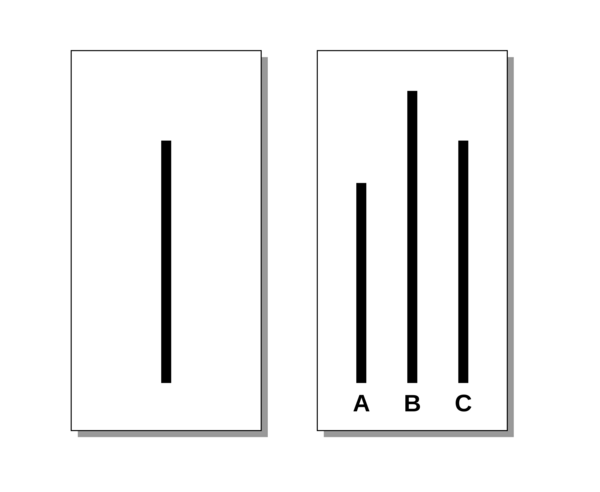 You're sure the correct answer is "C." But to your surprise, the first person to respond says the answer is "B." Then someone else also answers "B." Then the third responder agrees with the first two. By the time it's your turn, the six other people have all chosen line B as the correct answer. Now you don't know which to choose. You start to question your own judgment. You're tempted to go along with the group, even though you're still mostly sure they're wrong.

The Science of Conformity

In the 1950s, Solomon Asch began creating scenarios like this one and studying the ways people respond. To set up his experiments, Asch hired actors and coached them in advance so they would each select the same incorrect answer, putting pressure on the one participant who wasn't in on the secret. When they were not exposed to the actors' incorrect answers, participants made the right choice almost 100% of the time. But when they faced the pressure to conform, most caved: 75% answered incorrectly (along with the group) at least some of the time.

Now imagine this kind of conformity playing out, not in a college laboratory, but real-world scenarios. The results become unsettling. Recognizing she is in the minority, a person with unique insight into a business problem might keep her thoughts to herself. Or worse, when a potential ethics issue arises at work, you might keep silent about it if you feel no one else would see the issue the same way. Indeed, evidence suggests moral concerns are especially likely to encourage conformity. In surveys, workers say ethics issues are especially likely to fill them with feelings of fear and futility.

How a Lone Voice Empowers Others

Fortunately, the story of the science of conformity doesn't end with Asch's findings. Recent research on conformity offers a brighter picture, highlighting the ways we can not only voice dissent, but also create meaningful change in others' attitudes and behaviors.

Starting in the 1980s, Charlan Nemeth and other researchers began to study not just the way that the pressure to conform affects us but also the ways nonconformists strike back. Nemeth and her colleague Cynthia Chiles found, for example, that nonconformists can boost their effectiveness by remaining very consistent and deliberate when they voice dissent. Perhaps most surpassingly, Nemeth found that nonconformists, by leading the way and shattering the effects of conformity, actually help other people speak up about their own perspectives, even on unrelated issues.

More recently, a study published in the Journal of Applied Psychology advanced this hopeful perspective by giving a clearer picture of how lone dissenters influence those in power. Researchers Burak Oc, Michael Bashshur, and Celia Moore gathered participants both in person and online to play a game called “The Dictator Game” and gave them the opportunity to win money for high scores. Participants in the study took the role of “Dictator.” This role allowed them to keep as many points as they chose for themselves and leave the rest to be distributed evenly among their teammates.

These "Dictator" participants received feedback after each round of the game. Oc, Bashshur, and Moore found that those who had just one subordinate who voiced concerns about the fairness of actions of the “Dictator,” had an effect over time, eventually causing to the “Dictator” to allocate points more fairly.

Not only did the lone dissenters make a difference, they also did not face kind of backlash from the “Dictator” we might expect. Oc, Bashshur, and Moore performed further experiments in an attempt to understand which factors made a difference when voicing dissent to a person in power. They found that one of the most important factors was group identification: When the “Dictator” saw the lone dissenter as a member of his or her group, they usually did not lash out at or punish the dissenter. When the Dictator didn’t share any important affiliation with the dissenter, the dissenter was not likely to be effective.

Voice your concerns. It's not as risky as you may think.

We often fail to speak up about unfairness because we fear repercussions or we fear we will be ineffective. But Oc, Bashshur, and Moore’s research suggests that this expectation may not match up with reality. We really can be effective in voicing concerns about ethics issues without facing a backlash from those in power. Leaders can also take a proactive approach by avoiding the stifling effects of consensus in the first place. They can invite dissent by conducting “a pre-mortem” (imagining what might go wrong before it does) or by enlisting a devil's advocate whose job it is to look for problems. And strategies and scripts from programs like Giving Voice to Values can help you practice speaking up effectively.

Use anonymity—but only when it is necessary.

One of the main ways organizations currently invite dissent is through anonymous methods like suggestion boxes and help lines. Based on the research described above, we can see why some of the reasons why these methods often fail. First, when dissent is anonymous, employees do not model courage for one another and show that it is okay to break the consensus. But as Oc, Bashshur, and Moore’s research shows, identity also matters—particularly to those in power. In order to be effective, dissenters need to highlight that they are on the same “team” as the person in power. This signals that they are dissenting not to tear the organization down, but to make it even better.

Embrace non-conformists even if you disagree with them.

It can be tempting to misunderstand a dissenter and undervalue his or her contribution. This happens all the time, when dissenters simply look like annoying troublemakers than courageous non-conformists. It is important to recognize that even when a dissenter seems like they’re just being difficult, their courage matters. Even if they’re wrong, they are helping you do the important and essential work of building a "speak up" culture.