Achieve your goals by competing less, not more.

Doing "whatever it takes to win" is not just unethical. It's also ineffective. 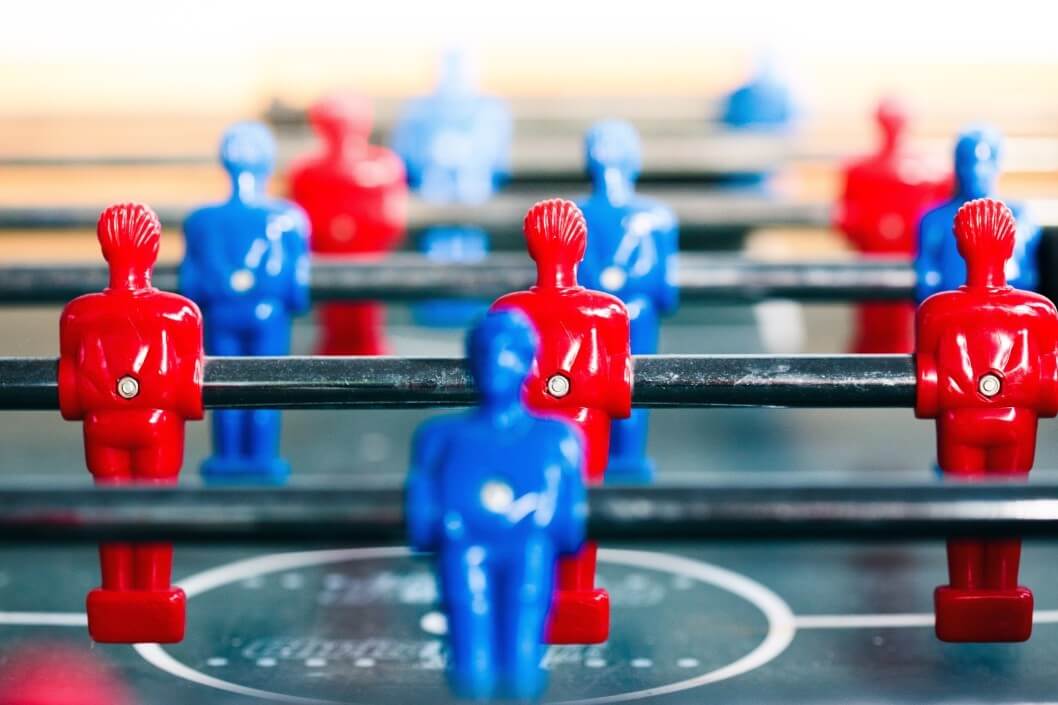 "We can't work together. We are direct competitors!"

I heard this plea from two executives paired together at a recent training session. After introducing themselves, they immediately started moving away from one another as though each thought the other had a contagious disease. They were each worried their partner might use any information they shared to gain a competitive advantage. As a result, pairings were quickly changed, and they each got a partner working in a different industry.

Such strong distrust is understandable: We won’t share if we assume that sensitive information could fall into the hands of the wrong person. Yet, quickly labeling another person a "competitor" can result in a losing strategy. It can lead to self-sabotage when we become so focused on beating our rival that we neglect our own goals. And when rivalries are too intense, they can also become the driving force behind unethical behavior.

How we Sabotage Ourselves

Consider a new study of competition published in the Journal of Personality and Social Psychology. The study's authors assigned participants a task with an individual goal—for example, to create as many words as possible using a given string of letters. They were told if they produced enough words, they would win a gift card.

At first, participants progressed smoothly toward their goal. Then they began receiving information about a partner's score, which was either slightly higher or slightly lower than their own. Participants suddenly felt threatened. They received the opportunity to make the task either harder or easier for their partner, whom they now began to see as an opponent. Many participants began to focus on sabotaging the partner, and they started "coasting" or working less diligently on their task.

In short, by competing more, the participants derailed themselves. They became so focused on "winning" that they lost sight of the fact that winning was not the point; they did not need to beat their partner in order to achieve their goal. In their effort to sabotage their partner, they ended up sabotaging themselves.

When does competition backfire?

We often assume that competition spurs us on to our highest possible level of performance. As a result, the more of it we have the better. But that's only half of the truth. There is a creative and constructive side to competition, but there is also a corrosive side. How can we tell one from the other?

Competition backfires when it becomes so intense and so specific that the goal of beating the competition crowds out all other goals. It's a good thing to want to stand out, to be the leading company in your industry, to have best-in-class products. But if you start focusing on a desire to see other people or organizations fail, it is a clear sign you're in danger of taking your eyes off of your own goal.

Gavin Kilduff and colleagues call this more corrosive form of competitiveness "rivalry" and they separate it from competition in a general sense. Rivalry, as Kilduff and colleagues define it, is not just about the pursuit of high performance so much as it is a defensive response to a feeling of threat. A rivalry puts our status or self-worth on the line. We feel that the stakes are too high; we have to win at whatever cost. The result is "increased unsportsmanlike behavior, use of deception, and willingness to employ unethical negotiation tactics."

Surprising as it may sound, the mental process that drives this destructive form of competition is the same one that drives empathy: our ability to take another person's perspective. Once we decide that a person is a rival, we become more worried, threatened, and anxious the more we try to imagine what the other person is thinking. At its worst, after taking our competitor’s perspective, we may even try to harm or sabotage our competitor in advance.

Armed with the knowledge that competition has a corrosive as well a productive side, you can be smarter about the way you pursue your goals and live out your values at the same time. Here’s how.

Go for the true win beyond beating your “competitors.”

Make it your task to set good goals with ethics in mind and keep them clearly in sight. What kind of “scoreboard” do you use to track progress? How do you check it and how often? Who is accountable and when? If you don’t have clear answers to these questions, it becomes all too easy to turn away and begin measuring your organization solely against your competitors. Of course, every organization wants to know how it’s doing relative to its peers. But don’t let this information hijack the goals you set or the way you pursue them.

Motivate others with morality in mind.

Studies show that one of the ways we open ourselves up to corrosive competition is through trash talk. Leaders sometimes posture, provoke, or threaten competitors—or they encourage their followers to do so—in a misguided effort to trigger motivation. But this type of talk sends the wrong message. While it can trigger motivation, it skews your followers’ goals toward over-competitive rivalry. Research shows that this form of motivation leads followers to cheat to get ahead, and it even harms their ability to think creatively.

It is quite easy for leaders to focus on beating their enemies and lose focus on the core goals of their business. Some even think that ruthlessness is the best business strategy. But they're wrong. When it comes to competition, sometimes less is more: Less rivalry can mean greater achievement and more ethical behavior in your organization. It all starts with leaders who get goals and motivation right.