The Surprising Link Between Dishonesty and Empathy

Research shows that dishonesty takes a toll on our relationships by impairing our ability to read other people. 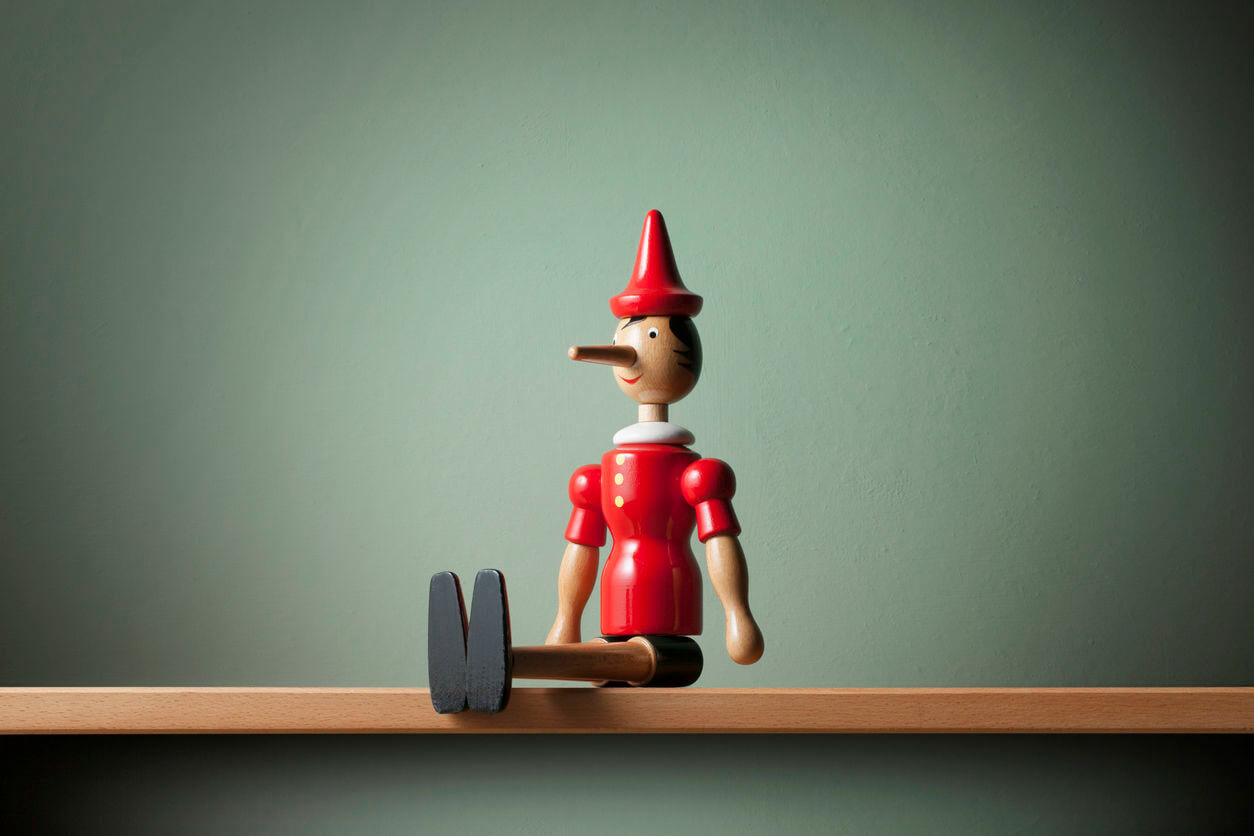 We are all familiar with the adventures of Pinocchio. The marionette dreams of becoming a “real boy,” but his dishonesty gets in the way. As his lies grow, so does his wooden nose. Each time he fails at telling the truth, he sets himself at a further remove from his friends and his would-be father, Geppetto.

Recent research suggests that this fictional children’s tale, made popular by a 1940 Disney film, contains an important psychological insight: Lying can harm our relationships with other people by impairing our ability to read their emotions—you might even say it makes us act more “wooden” and less human.

A research team led by Julia Lee (Michigan) established this fact in a series of eight experiments. The researchers created scenarios that either forced or encouraged participants to lie or cheat. Then they measured participants' “empathic accuracy,” or their ability to correctly identify others’ emotions.

For each emotion, the listener rated his or her experience from 1, (“did not feel at all”) to 7 (“felt very strongly”). The storyteller encountered the same list, but he or she was asked to rate the listener's emotions rather than his or her own.

By comparing the ratings, the researchers were able to measure “empathic accuracy.” They calculated how accurate the storyteller was in identifying the listener’s emotions. They found that storytellers who had made up stories were less accurate in reading the emotions their listener experienced.

This finding suggests that the effects of lying are greater and more immediate than most people realize. We understand intuitively that getting caught lying is bad for us. It can result in penalties or punishments, a loss of trust, and damage to one’s reputation. But this research suggests that we pay a price for dishonesty immediately regardless of whether our lie is detected or not.

The researchers also found that an impaired ability to read people also comes with additional negative consequences down the line. Participants who lied tended to look at other people in a more dehumanizing way, and they were also more open to lying in subsequent experiments. Most disconcerting of all: these findings suggest that deception creates a vicious cycle. As we lie, our lack of empathic accuracy leads to further lies. This is one of the reasons that lying can become a slippery slope.

In addition to identifying dishonesty's far-reaching effects, the researchers also attempted to understand the underlying reasons that lying impairs our ability to read other people. In one experiment the researchers asked them a simple question, "Who are you?", to participants, many of whom had cheated during an earlier dice-throwing task. The participants were required to produce twenty different answers to the question. The researchers delivered the answers to independent analysts who categorized the responses based on whether or not the participants defined themselves in relation to other people. The results showed that those who acted dishonestly were less likely to include other people as part of their answer. The researchers suggest that this change in "relational self-construal," in which those who lie or cheat mentally separate themselves from others, accounts for their impaired empathic accuracy.

Recognize the steep price of dishonesty. This research suggests that when people choose to lie, cheat, or deceive in other ways, they do not recognize the full cost of their actions. By becoming aware of the full price we pay for dishonesty, we can make better (and more honest) choices.

Honesty can feel hard, but it is worth it. Related research by Lee and her colleagues reveals that our attitudes about honesty shape our behaviors. We are more likely to lie when we believe telling the truth takes a great deal of effort. So stay positive about your and others' ability to do the right thing.

Consistency is critical. While most of us recognize that it's important to be honest most of the time, we tend to be selective in our use of honesty. Just as small lies can shape the way your brain functions, cheating and dishonesty can decrease your emotional intelligence immediately—even if we are never caught.

Honesty truly is the best policy—not just to maintain trust and our reputations, but also to maintain our uniquely human ability to connect with other people and recognize their needs, concerns, and emotions.